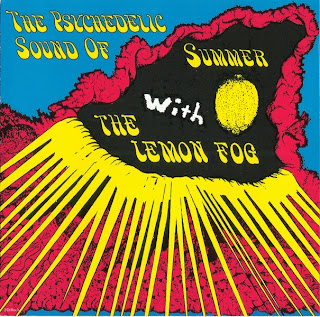 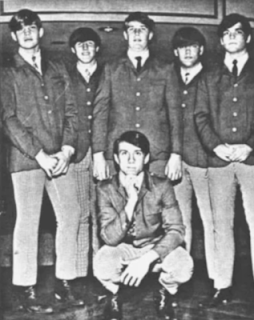 In the Spring of 1963, The Bar Eights were formed, with Fillmore High School classmates Danny Ogg and Terry Horde on lead guitar and drums, respectively, Timmy Thorpe on bass, and Dale VanDeloo on saxophone and vocals. Essentially, The Bar Eights were a Rip Chords cover band, with a few Lou Christie covers mixed in for variety. Aside from a few coffee bar gigs and a sock hop, The Bar Eights failed to establish themselves even semi-professionally over the next two years. When VanDeloo reportedly attacked Ogg with a mic stand during an argument over who would get the taller riser, The Bar Eights were no more. 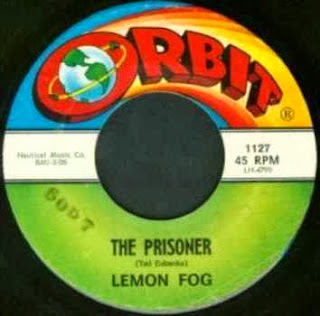 Then, one sweltering afternoon in the Summer of 1965 at Clem's Music in downtown Houston, it happened. Chris Lyons was hanging around the store recruiting talent for a new band he was forming. He had already earmarked drummer Eddie Sura and keyboardist Jimmy Spicher, and was looking for a guitarist and bassist. Danny Ogg entered the store with hopes of trying out the new Danelectro that Clem had in. When Chris asked him to join, he agreed, but only under the condition that his friend Timmy Thorpe, who had just gotten laid off from his job at the glass factory and was bored out of his mind, play bass for them. Lyons agreed, taking on Thorpe sight-unseen. After a few rehearsals, it became painfully obvious that Sura was not working out. According to Ogg, "Eddie kept yelling at everybody, particularly Timmy, 'cause he couldn't keep good time." When Ogg ran into former Bar Eight bandmate Terry Horde at Clem's the following week, Ogg offered him the drummer spot in the band. Horde agreed. By that weekend, The Pla-Boys were playing their first gig, at St. Regis College for the Arts. In the audience that night was a man who would change their lives... 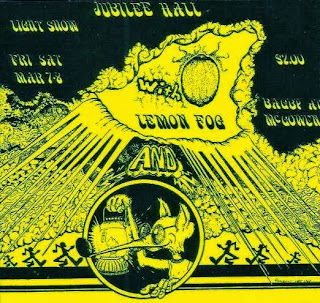 Ted Eubanks, an avant garde composer and fixture of Houston's mod scene, caught The Pla-Boys' act. Their set consisted mostly of covers of such garage greats as Sam the Sham and the Pharaohs and ? and the Mysterians. As Eubanks puts it, "They were playing this garage crap! It was horrible. But something about them struck me... I think it was their chemistry". Eubanks immediately approached the band after the show and offered to take them over. They agreed. But Eubanks decided that before anything was to become of them, a few changes would need to be made. First, the music. Eubanks immediately began injecting original numbers into the group's repertoire, and dissuaded them from the typical garage fare they had been playing. Second, the image. The Pla-Boys basically looked like something right out of a Frankie and Annette movie, with matching grey sport suits. But Eubanks got them good and "psychedelicised", dressing them in beads, mod suits, and the like. Finally, the name. From this moment forth,The Pla-Boys would be known as The Lemon Fog. 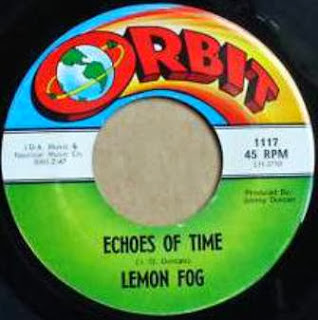 In short order, The Lemon Fog established themselves as one of the area's two premier bands, along with the well-established Nomads. The "all thumbs" Jimmy Spicher was substituted for fellow Fillmore High classmate Bill Simmons. At this point, Eubanks decided to also drop Timmy Thorpe, whom Ted felt was "an incompetent", and switch Danny Ogg to bass, while Chris Lyons assumed guitar duties. This line-up gained local celebrity status, and soon, The Lemon Fog were invited into the studio to cut a single.
Under Eubanks' guidance, The Lemon Fog entered the studio to create some of the most experimental recordings of the 1960's. Eubanks' ongoing experimentation with new electronic sounds became a hallmark of The Lemon Fog recorded legacy. From July of 1966 to February 1968, they recorded several albums worth of material. Little of this material was ever released, however, most of it having been stolen when Liquid Stereo Studios' vaults were raided in 1968. But two singles were released, Echoes Of Time/The Prisoner, and the compelling Living Eye Theme/Summer, and a self-titled EP containing these and three other songs, Girl From The Wrong Side Of Town, Day By Day and So Sophisticated, was released. The Living Eye Theme, also known as The Lemon Fog, was their biggest success, reaching the Top 8 regionally. The song's composer, Ted Eubanks explains, "The Living Eye was a huge club in Houston where we were the house band. I vaguely remember one night staring at the huge pulsating eye which sits in front of the door. As I sat there, suddenly the words and images of the song just started dancing around in my head. It's not the kind of thing one forgets". Aside from their studio work, The Lemon Fog enjoyed being one of the top club draws in the area. Besides the music, the Fog benefited from a spectacular stage presence. This was attributed largely to Chris Lyons' charisma and good looks. Also adding to the spectacle was Ted Eubanks, dancing on stage wearing a long, flowing, sequined cape, and occasionally chiming in a harmony or two, described by Ogg as "Chinese sounding." Off-kilter harmonies aside, Ted assumed the role of group leader, despite the fact that he himself played no instruments. Ted felt his presence was enough. In addition to live performances, The Lemon Fog also made television appearances on Sump 'n' Else and The Larry Kane Show, where they performed Echoes Of Time and The Living Eye Theme.

At the height of the Fog's heyday, problems began to arise. Eubanks was becoming increasingly demanding of the others, insisting that they practice every day they are not performing. In particular, the slothful Horde took exception to this. Furthermore, Eubanks' compositions began to become more and more self-indulgent and less accessible. The others tried to turn down his latest inclusions, and attempted to inject some covers back into their repertoire to give their show more appeal. But Ted would have none of it. He insisted that his new material be considered. A power clash began to develop. At one point, Eubanks threatened to walk out on the group and leave them holding the bag for four gigs they had lined up that month. When the group proceeded with those engagements without him, Eubanks reluctantly grovelled back. Adding to this, acid casualty Bill Simmons began making himself scarce, sometimes for as long as a month, causing further tension in the group. Eubanks refused to substitute for Simmons, insisting that his on-stage role was too important to compromise. As a result, Chris Lyons was left to take up a "lyon's" share (pun intended) of the keyboard duties, in addition to guitar and vocals. 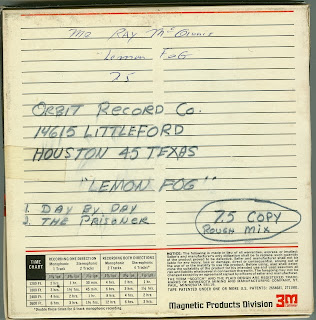 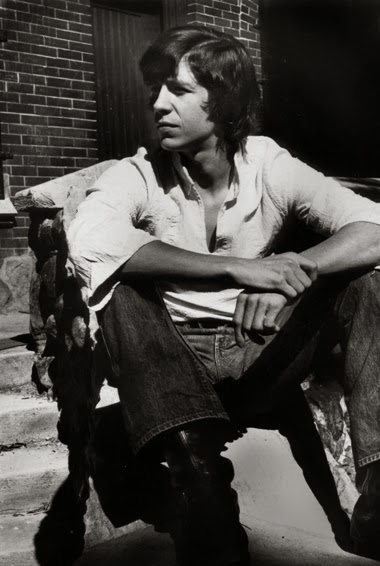 They were students at Olivet College in Olivet, Michigan. The 45 came out around Feb. 1968, and exists as a white label DJ copy and a black label, gold print stock copy. Quite rare to find either way. Oliver Tuthill was the leader of the group and main songwriter. He also played on a few other Michigan 45s which are sought-after by the soul crowd, namely Cecil Washington's "I Don't Like to Lose", issued on the Prophonics label
In the fall of '68, Tuthill was back to his native Chicago area (Highland Park) and formed a new recording venture, calling it The Basis of The Thing. A 45 was released in November '68, "Individual Of Society", which used to be around in decent quantity back in the 80's.

Oliver Tuthill’s earliest recording was made when he was 10 years old at Nelson Studios in Chicago, Illinois. He began taking guitar lessons at 7 with a guitar he received from a Sears catalog. Tuthill was heavily influenced by Gene Autry and Elvis Presley and several recordings of him singing some of Presley’s songs still exist. This was his first original composition that was recorded, and he would go on to record over one hundred of his songs by the age of 20 before signing his first professional recording contract with Plastik Records out of Lansing, Michigan with his band Inferno.

How did you get started in music?
«…When I was six years old, I asked my mother to buy me a guitar from the Sears Catalog. I started lessons so she bought me a beautiful hollow-body Gibson Guitar that I adored. I loved Gene Autry's music and played all his songs. When I was eight, I started writing my own songs and I cut my first demo when I was ten. From then on, I was hooked. I've been writing and playing music ever since…» 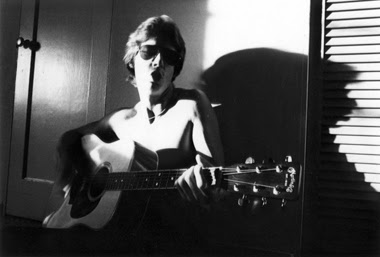 Oliver W. Tuthill Jr., an accomplished guitarist, singer, award winning songwriter and composer, screenwriter, film producer and actor is now coming full circle with his musical & film career that has evolved over the years. He opened for the rock group Styx for 2 years, and also recorded the song Night of The Wolf with the band Steppenwolf. He sang lead on the title track from the film Fall Into Darkness with Blues legend John Mayall, and was the vocalist and guitarist on rock producer extrordinaire Kim Fowley's Santa Ana Wind (released by GNP Crescendo Records). Tuthill was an inhouse studio songwriter at Prophonic Studios when Mark Farner (of Grand Funk Railroad fame) recorded there. For the past 10 years, he has concentrated on the film world, and has created award winning work with 2 production companies. He has composed the sound track for one feature and 12 documentaries.