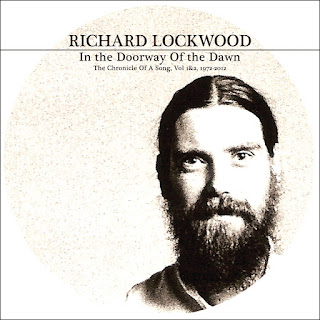 Across two discs, In the Doorway of the Dawn presents almost 40 years of previously unheard songwriting from Tully founder Richard Lockwood.
Lockwood is renowned as the driving force behind early 70s Sydney folk-psych icons Tully, and for his work with the similarly revered Extradition and Tamam Shud.
In the process of working with Richard on the reissue of Tully’s landmark recordings (second album Sea Of Joy was released in 2012 Chapter, third record Loving Is Hard in 2013 and first album Tully in 2014), Chapter discovered that the very private songwriter had never stopped recording after the end of his much-loved band – only that he had lost interest in making his beautiful, transcendental music available to others. 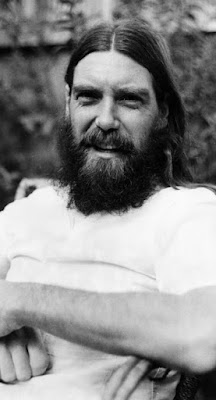 It took some persuading for Richard to agree to a solo compilation to accompany the Tully reissues, but In the Doorway Of the Dawn justifies the effort beyond measure. Mostly recorded to cassette four track, and played impeccably on every imaginable instrument by Richard himself, In the Doorway Of the Dawn reveals a singular songwriter with an unswerving focus.
Of the 33 songs presented here, virtually all are written in tribute to spiritual master Meher Baba, whom Richard disovered in the late 60s and whose influence wholly transfigured the remainder of his life. Suffused in equal parts with serenity and yearning, Richard’s songs have a grace that is almost unequalled. 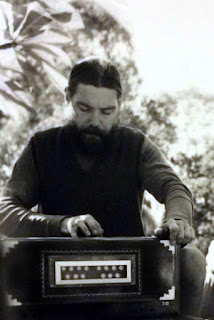 Of special note are the settings Richard recorded of works by Australian poet Francis Brabazon, named “the poet of the age” by Meher Baba. Over the course of decades, Richard interpreted many Brabazon poems, of which five are presented here.
The span of these recordings begins with live solo performances in 1972 (just after Tully had disbanded and Richard had joined fellow adventurers Tamam Shud) and continues right up until late last decade, with home recordings made by Richard in Melbourne. For 40 years, Richard wrote songs that could have been classics. 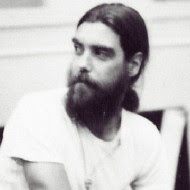 But he was content merely to write them, sing them, sometimes record them, offer them to his Beloved Meher and then put them away in a box of cassettes in his cupboard. Complete with extensive liner notes, lyrics and photos, In the Doorway Of the Dawn is a revelation, the life’s work of a rare talent, even rarer for his lack of concern with public recognition.
Sadly, Richard Lockwood passed away in September 2012.
http://mehermelb.jimdo.com/locals-visitors-to-melb/richard-lockwood/ 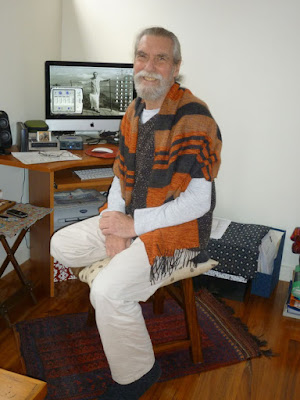 Richard Lockwood - In the Doorway Of the Dawn

Posted by Psych-Spaniolos at 17:15 No comments: 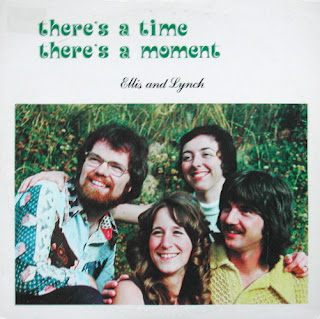 The most delicate of folk groups featuring Ron and Nancy Ellis together with Michael and Collene Lynch. Their debut There’s A Time There’s A Moment is a first-class charmer that melts your heart with fragile harmonies overtop gentle acoustic guitar, piano and flute. Beautiful graceful melodies are lovingly expressed through songs like ‘Look At My Gifts’, ‘Jesus Heal Us’, ‘Song Of Ruth’, ‘Sweet Sweet Sound’ and the title track. ‘Taste And See’ has some nice acoustic guitar leads, while ‘Our Father’ is enriched by cello accompaniment. Catholic I’m assuming since one of the songs is ‘Hymn To Mary’. A wonderful example of stirring mellow acoustic music. Is that a tear forming in my eye? Nah, couldn’t be.    (The Archivist, 4th edition by Ken Scott). 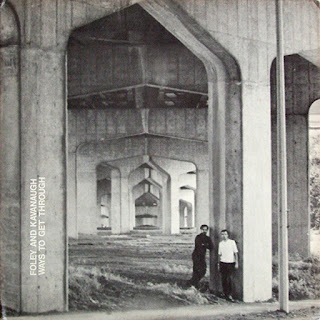 Known more for being the mastermind behind the group St. Louis Jesuits, John Foley and fellow member John Kavanaugh have a crafted a beautiful double album of moody folk music unequaled in the Christian market.  While Foley’s other projects have been more praise-oriented, here the approach is not so much Jesus music (though the Savior’s name appears 2 or 3 times), but rather observations about life, people, and relationships written from a Christian perspective.  Most of the album is just an acoustic guitar and the two singers as on ‘Peas, Carrots, & Cabbages’, a 13-minute parable expanding on the lilies-of-the-field principles in Matthew 6.  A couple of the songs on the second disk get some heavy electric fuzz guitar.  Both gents share in the songwriting which leans toward the poetic – call it thinking-man’s folk.     (The Archivist, 4th edition by Ken Scott). 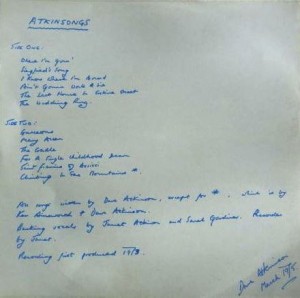 "...I have been singing, playing and writing for over 40 years - and the music has always been a key part of my life and for me the songs capture life's moments in a way that no picture, memory or physical souvenir can do. I love the fellowship with others it brings and, I love song as an art form and delight in the many manifestations of the form I encounter along the way. There are of course enough songs out there already and no need for more from me, but, sometimes seemingly driven by a force outside me, the songs have kept coming.
A survey of the songbook would find some favorite material originating from 1970-73 and a steady output continuing until 1990 by which time there were 320 songs. For the next 10 years there was virtually nothing and it appeared to be over, then late in 2001 my mischievous muse woke again and since then has supplied me with another 50 plus songs - but quantity was never a guarantee of quality, was it? - but there really are people who like some of them, and some of the older stuff has endured well. 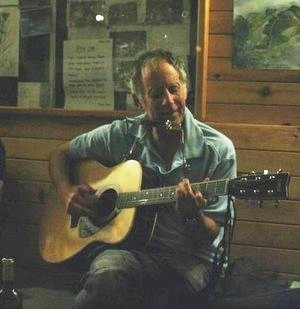 Sadly (perhaps) money remains one of the main ways we register value in the world. But as for me I am richer every time someone says 'I like that song', and enriched many times over by songs and performances I hear from others.
I have recorded quite a few songs, now all collected on 10 separate CD's. I have also got sheet music (top line, chords and words) for around 50 of the songs. Just e-mail me on dave.atkinson27@googlemail.com if you are interested. Thank you!..."
Dave Atkinson