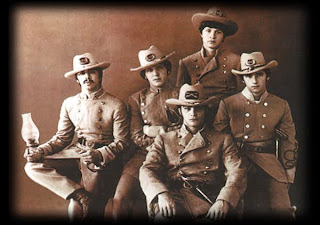 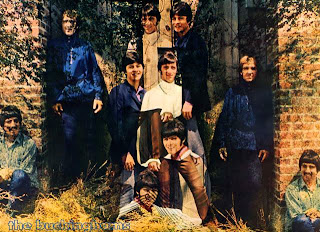 Originally known as The Pulsations, The Falling Pebbles, The Centuries and later The Buckingham Fountain, this Chicago-based act came together in 1965. Their biggest early exposure was on WGN-TV's "All Time Hits" show in 1965, playing cover hits of the day. Their first 45 release was a cover of the Drifters/Searchers' hit Sweets For My Sweet on Spectra Sound. They were soon signed by the Chicago-based USA Records. Their first three 45s were also substantial local hits but their big 'national' break came when Kind Of A Drag (written by Jim Holvay of local Chicago band The Mob) climbed to the top of the U.S. Singles Charts in February 1967. This resulted in Columbia buying their contract from USA Records and Jim Guercio, who was later involved with The Mothers Of Invention taking over production of their recordings.
They enjoyed two further Top Ten hits with Don't You Care (which was again written by Holvay and fellow Mob member, Gary Beisber) and Mercy Mercy, which took a top twenty instrumental hit by jazz musician Cannonball Adderly earlier that year and added vocals. Their first two albums also sold quite well peaking at No's 109 and 58 respectively in the Album Charts. 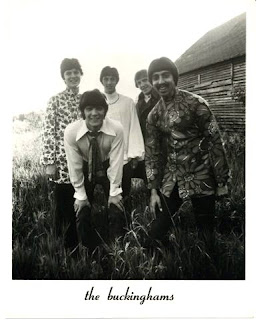 Not a psychedelic or garage band as such they did release a 45, Susan, which was an attempted venture into psychedelia and this was their most relevant recording to this book, whilst their first album is quite garagey, and of their early 45 cuts Don't Want To Cry is a great fuzz raver and I've Been Wrong Before is a great British-inspired slice of garage-pop.
Although they fell from favour in 1968, following a drug bust, they struggled on until 1970 and their Greatest Hits compilation, released in the Summer of 1969, made No. 73 in the U.S. charts. Incidentally, Martin Grebe, who joined the band in 1968 had earlier played in Chicago act The Exceptions.
Carl Giamarese and Dennis Tufano later signed to A&M Records as a duo (recording under that name) and met with further chart success. They were one of a number of acts managed by Jon-Jon Poulos before his drug-related death on 26th March 1980. Marty Grebb also played with Dick Campbell and became an active sesson musician during the seventies. 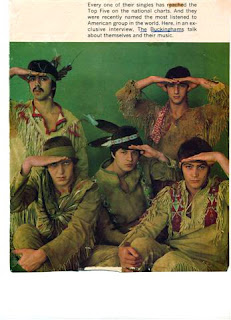 The Buckinghams reformed in 1980 and again in 1981 for the annual Chicago festival. In 1985/86 they released two cassettes Sincerely Yours and A Matter Of Time, and for their 30th anniversary in 1996 a live CD/cassette and video Places In Five was released. They have also recently released their first new album of mainly original material Terra Firma, available on CD.
The vinyl junkies out there may want to know that in 1966 they released a juke-box only 45 on red wax. It consisted of a track from their first album and interviews with the band and is now one of the rarest sixties recordings out of Chicago. The compilation Psychotic Reactions (LP) also includes their rare I'm A Man cut featured only on the first pressing of their debut LP (and the Sundazed CD reissue). A right roarin' rave-up it is too which is why it was replaced makes you wonder if The Litter had heard this.
You can also find I've Been Wrong on Pebbles Vol. 6 (CD) and I Don't Want To Cry (the flip side to their first 45 on USA Records) on both Glimpses, Vol. 1 (LP) and Glimpses, Vol's 1 & 2 (CD).
For more information on the band - check their website: http://www.aol.thebuckinghams.com
(Vernon Joynson/Cheryl Miller/Byron Stewart/Stuart Shea/Stephane Rebeschini) 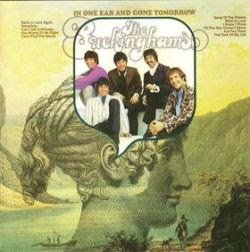 Ο δίσκος περιέχει το I Know I Think που εκτιμώ πως είναι το καλύτερο τους κομάτι. Συνθέτης, ο Γιάννης Πούλος δηλαδη ο Jon Jon Poulos που υποθέτω πως ήταν πατριώτης μας. Γεννήθηκε στο Ιλινόις αλλά δυστυχώς πέθανε νεότατος από υπερβολική δόση.
The Buckinghams had freed themselves from Guercio and consequently moved in more adventurous directions, as their brand of clean collar pop-rock was becoming fast outdated. Yes, the band explored new territory, but it was only new territory for them. In One Ear has a pile of songs that sound like second-rate tunes from other bands, either Love's orchestrated and acoustic dreams (the hushed "Simplicity"), or Paul Revere and the Raiders pop ("Till the Sun", "Are You There", "The Time of My Life"). Some sound like a deliberate attempt to break with their earlier sound (the country-rock attempt at humor "Our Right to Be Wrong" with phony vocals and massive amounts of slide guitar). Psychedelia only gets a few passing nods (the hazy, contemplative "I Know I Think" written by Grebb and Poulous, and the lame opening to "Song of the Breeze").

Giamarese did get to solo, but he does not show any of the exuberance displayed on their debut (the distorted guitars on "I Can't Find the Words" are a frustratingly missed opportunity). Still, In One Ear has plenty of "regular" Buckinghams materials, even though they had run out of Holvay/Bieber songs. Guercio's last work is here (Grebb's bluesy "What Is Love"), but even with Guercio gone, Grebb and arranger Sam Andrews know how to put major 7th chords, and horn and string arrangements together to copy the Buckingham's finer moments (the intro to "Back in Love Again" sounds eerily like Chicago). Their pre-Guercio style shows up only intermittently, such as on the fun soul flashback "Can I Get a Witness?". Still, the band, or really Grebb (who wrote or co-wrote with other members nearly every tune) knows how to write some good material, and "I Can't Find the Words" boasts a good sing-along chorus. In One Ear produced no hits, and is inconsistent, but the Buckinghams made their own mistakes, and not Guercio's. Produced by Jimmy "the Wiz" Wizner. 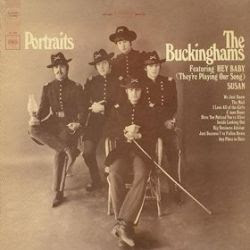 "So if 'Time & Charges' wasn't enough to prove that The Buckinghams were for real, they came up with this, the finest pop-rock '60s album of all time (in my humble opinion, that is). If I had to go to a desert island for the rest of my life, this is the first album I would grab. Perfection from first to last track."- Dean Sciarra - ItsAboutMusic.com 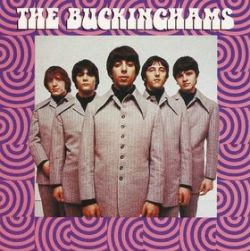 Posted by Psych-Spaniolos at 00:32 No comments: 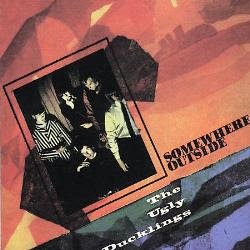 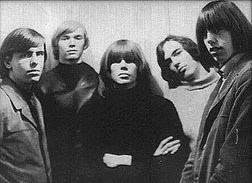 Formed in the spring of 1965 as The Strolling Bones, a blatant Rolling Stones-inspired outfit featuring Brian Jones look-a-like, British-born Glyn Bell. After making its live debut at Cedarbrae High School in Toronto's Scarborough district (the entire band minus Boers studied there), the group changed name to The Ugly Ducklings and won a residency at Charlie Brown's Place. In late 1965, the band attracted the attention of Yorktown Records, who recorded the group's debut single, the Bingham-Mayne collaboration, Nothin' for a mere $300 on a 2-track machine at Hallmark Studios. The record was picked by local radio and became a local smash in March of the following year. On the back of the single's success, the 'Ducks landed their dream gig - opening for the Stones at Maple Leaf Gardens in June 1966. 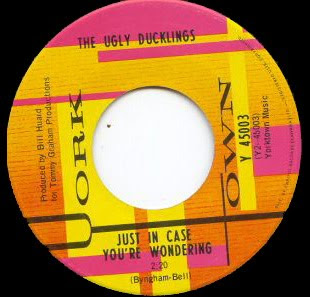 The group's debut album Somewhere Outside, recorded in New York and Toronto was issued around this time and contained all of the group's early singles. The opening cut, Nothin', was also their finest moment, with its snotty punk vocals and guitar assault. She Ain't No Use To Me was a punk shouter with some snappy guitar work, whilst That's Just A Thought I Had In My Mind is more restrained, veering more towards pop. Also of note on the album were Do What You Want, a mid-paced beat number; Just In Case You Wonder, which featured some good fuzz guitar; Hey Mama (Keep Your Big Mouth Shut), notable for some fine psychedelic guitar work; a snotty version of Ain't Gonna Eat Out My Heart Any More, the only non-original and the closing cut, Windy City (Noise At The North End), an atmospheric instrumental complete with sound effects and more fuzz guitar. However, the label's decision to bring in producer Brian Ahern against the band's wishes, and its failure to distribute the 'Ducks records properly in the US led to the first of several personnel changes in early 1967. Read dropped out (later working in the photographic retail business) and was replaced by Howie Smith.

Differences in musical direction led to Mayne's departure later in the year and Bell followed him soon afterwards. In their place, the 'Ducks recruited Mike McKenna from Luke and The Apostles. Mayne subsequently tried to form a new group but nothing happened and he later went on to work in the TV business, producing commercials for ABC. Bell meanwhile became involved with commercial art.
Amid all this activity, the group enjoyed its biggest hit with the brilliant Gaslight, which had been recorded in New York with the NBC Orchestra, and only featured Bingham on the record. 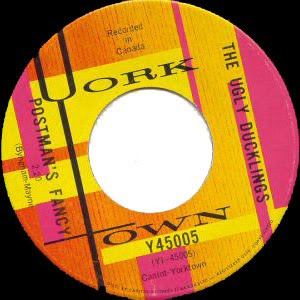 The new line-up made a few recordings in late 1967 and early 1968, including McKenna's Blues Fell This Morning and Bingham's Rise To Your Calling, which were never issued at the time, but have since appeared on The Ugly Ducklings compilation Duck Tales. In the spring of 1968, Ray Novak was added on organ, but this line-up didn't gel and in June, McKenna left to form McKenna Mendelson. Guitarist Dave Kindred was brought in to fill his shoes.
The revised band line-up made a comeback at Toronto's Flick during July 1968, but no recordings were made. In early 1969, the band split up, only to reform a few months later as GNU. Boers maintained the greatest profile working with B.B. King, Charlie Musselwhite, Neil Merryweather and the 49th Parallel. Throughout the '70s there were several Ugly Ducklings reunions, but no official recordings appeared.
In 1980 however, the original members decided to reform and an album called Off The Wall was released.

The current line-up featuring former Buffalo Springfield Revisited guitarist Stan Endersby on bass made its debut at the Toronto Rock Revival concert, held at the Warehouse on May 2, 1999.
The recent CD, Too Much Too Soon includes remastered cuts from many of their 45s, plus one newly recorded track.
The Ugly Ducklings are widely recognised to be one of the best garage punk bands to have come out of Canada, and their album is recommended.


Posted by Psych-Spaniolos at 13:00 No comments: 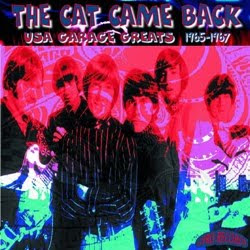 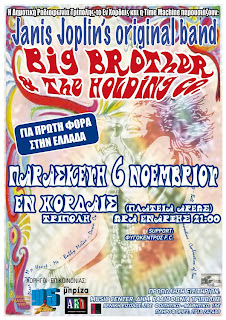 Posted by Psych-Spaniolos at 19:52 No comments: