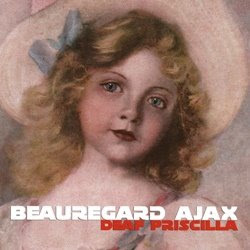 Beauregard Ajax was an American pop/psychedelic band from southern California in the mid 1960's.

In 1966 David Ferguson (Guitar & Vocals), his neighbour John Boutell (Rhythm Guitar) and a schoolmate of David?s, Dennis Margeson (Bass), formed the ?Poets?. By 1967 they had added another neighbour to the group, vocalist Charlie Hendricks. David and Charlie immediately began writing original music for the group, both separately and in collaboration. Soon after the introduction of Charlie into the band Dennis Margeson was replaced with bassist Clint Williams. Charlie and Clint had previously played in several bands together. The group was still shy a drummer until Patrick Landreville, a mutual friend, introduced drummer Leo Hartshorn to the band.Completing the band roster was the catalyst that David and Charlie needed to begin writing in earnest, rapidly increasing their repertoire. The Poets soon began playing in any venue that would have them and they quickly became one of the most popular bands in the area. Capitalising on the Poets rapid rise in popularity Patrick introduced the band to his friend, concert promoter Jim Salzer. Salzer was suitably impressed with the bands sound and appearance and began booking them as an opening act at his concerts as well as at his nightclub, the Starlight Lounge. Jim Salzer was at the time one of the top two concert promoters in southern California, the other being Avalon Attractions. 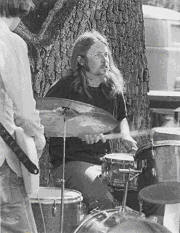 By this time Charlie had persuaded the band to change the name of the band from the Poets to the Dumplings. Mike Cullen, another local favourite, approached David with the idea of playing a double bill with Mike?s band. David was receptive to the idea and Mike secured several performances at local venues. At one of these shows Barbara Haskell, the wife of famed music arranger Jimmie Haskell, saw the Dumplings and offered to introduce the band to one of her husband?s associates in the music industry. Patrick contacted Barbara and she subsequently contacted Bob Keane of Del-fi Records. Bob immediately called Patrick saying he had gotten a glowing recommendation from the Haskell?s concerning the Dumplings and he was indeed interested in hearing the band. Patrick then forwarded this information to David and Charlie. A meeting at Del-fi was set up, a contract was offered and after a brief battle between Averill C. Pasarow, the band?s attorney and J. Cooper, Keane?s attorney, a contract was signed. Keane thought the Dumplings was a terrible name and strongly suggested the band change it. As it happens the band members, with the exception of Charlie, also hated the name. After the band considered a great many names and rejected them all, Patrick suggested naming the band as if it were a person rather than traditional band type names, they liked the idea and settled on one from Patrick?s list, Beauregarde Ajax. Bob Keane subsequently misspelled the name as Beauregard Ajax which is how it appears on ?Deaf Priscilla? the only record commercially released by the band. Bob Keane personally produced the majority of the tracks then handed the project off to Paul Politi to finish the recordings.

All tracks recorded for Del-fi were done at Bob Keane?s Stereo-fi Studio on Selma Avenue in Hollywood, a stones throw from the Capitol records building on Vine Street. The tracks were recorded on his Scully Dictaphone eight track machine which at the time was state of the art. Most recordings at that time were done on four track machines, eight track machines did not become standard until the early 1970s and were shortly replaced by sixteen and twenty-four track machines.Del-Fi Records never released the Beauregard Ajax recordings as the master tapes were lost when Bob Keane had a falling out with his partner in the Stereo-Fi Studio. The band arrived at Stereo-Fi for the final recording sessions and found the doors chained with a notice from the sheriff?s office.The Deaf Priscilla album eventually released by German label, Shadok Records, is from a cassette duplication of the original masters.The band underwent another name change while on the Del-fi label, Beauregard Ajax was changed to Sleep. With the name change from Beauregard Ajax to Sleep Charlie Hendricks left the band and was replaced by Bruce (no known surname), David had met Bruce while attending Los Angeles City College.

Leo Hartshorn gave a great story to the '60s music blog, A Bit Like You And Me, which you can read about here: http://abitlikeyouandme.blogspot.com/2012/06/beauregard-ajax-is-tomorrow-thursday.html