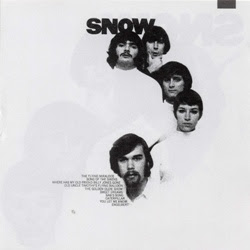 Personnel incl:
WILL RYAN A

From Cleveland, Ohio, this band were originally known as the Muther's Oats. The awful folk-ballad 'A' side can be ignored here. The flip however is an incredibly strange slab of psych-pop which is somewhere between The Beatles' I Am The Walrus and Sweetwater's My Crystal Spider. Truly a relic of the era. Both 45 cuts also appear on their eponymous album, of which Catapillar and Song Of The Sirens are the standout tracks. The band's female singer was recruited by the record producers to change their sound. 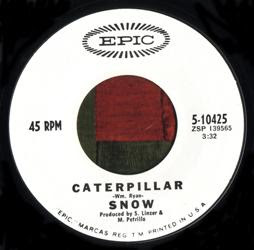 On the album, the first three tracks are pretty bland multi-voiced folk-rock, although the short guitar incisions are promising. What follows on Side One is strangely melodic acid-rock with oblique harmonies on the brilliant Engelbert, and a kind of twisted Peanut Butter Conspiracy influence, with a sharp tempo change and toytown psych on You Let Me Know. Side two is even better, starting with the piercing guitar on Song Of The Sirens, another track reminiscent of PBC. A coiled waltz similar to Aorta, The Flying Miraldos follows suit, whilst Sweet Dreams and Bab's Song are pompous but cultivated baroque harmony pop with lush arrangements. The venom is in the tail where the tour de force Caterpillar pulls all stops and ushers the listener through more effects and key changes in three minutes and sounds as boldly experimental today as anything from this period.
Will Ryan later recorded as Willio And Phillio in the seventies and eighties.
Compilation appearances have included: Song Of The Sirens on Psychosis From The 13th Dimension (CDR & CD); Where Has My Old Friend Billy Jones Gone on Rockbusters (LP).
(Max Waller/Joe Rein/George Gell/Marcel Koopman)
Tracks:
01 - The Flying Miraldos
02 - Song Of The Sirens
03 - Where Has My Old Friend Billy Jones Gone
04 - Old Uncle Timothy΄s Flying Baloon
05 - The Golden Oldie Show
06 - Sweet Dreams
07 - Bab΄s Song
08 - Caterpillar
09 - You Let Me Know
10 - Engelbert
http://sharebee.com/13876c63
Posted by Psych-Spaniolos at 20:13

Thanks for sharing this interesting album. You come up with so many great rarities,
Dave

the link doesn't work, someone upload