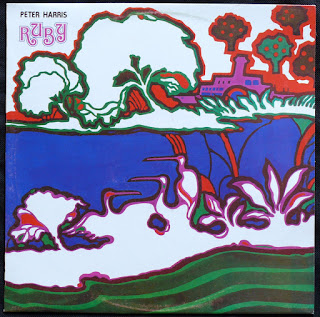 Peter Harris was a school teacher within the NSW school system and was posted to the area around 1974. He wrote a song about the PS Ruby and recorded a full album back in Sydney which was released on Ritz records, a subsidiary of Festival. Ruby was the title track of the album (and we have a copy at HOT FM)

When I was on the tourist Board we had two goes to get a good song on Mildura. In 1975 we got the late Tex Williams to record locally a single "The Paddleboat Song" and "The Mildura Song". It was recorded at the Norco Studios in Mildura by the late Brian Norris and issued as NCP 208. Both sides were written by Tex and Paul Williams, who were living out at Ruby Hayles place at Trentham Cliffs. 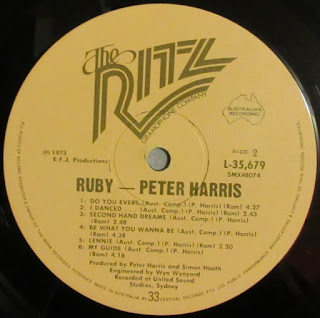 Around 1977 we did a similar experiment with Peter Harris and he wrote and recorded "The Murray Song" and "The River Bird Cries" It was recorded at Nor-Co and issued with the catalogue number of NCP 243.

Soon after that Peter left the district and from memory went to the Casino area of NSW [...] Peter did a lot of work with school kids on both sides of the Murray River during his time here.
Urbanbower