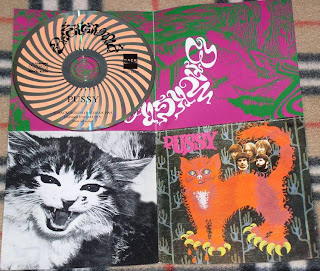 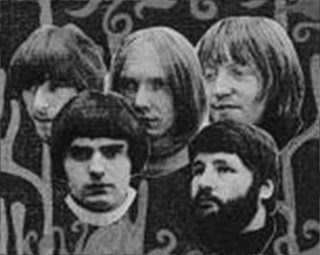 Prologue. Pussy's only self-titled album had been a mega-rarity LP (the collectors' wet dream) for many years before it was reissued on CD by "Hi-Note". Also, this is one of just a few strong albums that show the development of the Progressive Rock at the dawn of the genre. Beginning with Pink Floyd's "The Piper At the Gates of Dawn", 1967 (what a relevant title for the pioneer album of Progressive!) and "Saucerful of Secrets", 1968, through The Beatles self-titled double LP (or "White Album"), 1968, Clear Blue Sky's "Out of the Blue", 1968, Pussy's "Pussy", 1969, Colosseum's "Valentine Suite", 1969, and some others, that wonderful series of the first albums of the genre has been successfully concluded with King Crimson's "In the Court of the Crimson King". The latter, as the most mature, integral and interesting album of the genre in the 1960s, the first King of the Rocky Lands (and these are still difficult to access, for sure) also became the first essential landmark for further development of Progressive Rock. I've listened to "Pussy" more times than it is necessary for me to comprehend it and, this way, to get a more or less clear picture of the instrumental equipment the band used on this album. Thus, I am ready to tell you what I think about the album itself, about the band's line-up and those who apparently were just guest musicians on the album (I mean professions, but not the names of the musicians, of course). While it is obvious that Pussy were a quintet (there is a small photo of the band on the CD booklet cover), actually, there were more musicians involved in the recording process of this album. 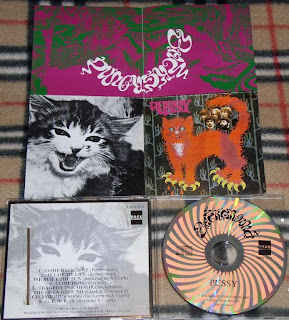 The Album. So, since most of the songs on the album were performed with the use of all the same instruments (lead and rhythm acoustic and electric guitars, a few different keyboards, bass, drums, and voice), especially because all these instruments sound specifically, with the same character styles of playing them throughout the album, now I am sure that Pussy was exactly a quintet. (No, Pussy was a five-headed monster at the time!) Without guests, Pussy performed the following compositions of the album: All Of My Life, Comets, The Open Ground, Everybody's Song, and GEAB. I guess there were three guest musicians on the album. First of them was a female singer whose back vocals are clearly heard on the album's opening track Come Back June (maybe, she is June here, only masked with the dawn of the summer?) and on We Built the Sun (it must be great to build the sun in June, being in company with June). There are two more guests, however, on "Pussy", but unlike the female singer (she's a lady after all!), they two, oboe and cello players, turned out to be squeezed (involved!) in the only Tragedy on the whole album. Really, there are five songs and three instrumentals on the album, but only one of the latter pieces, Tragedy In E-Minor, is full of drama. But, what a wonderful piece it is in reality! Performed without rhythm-section, slow and loftily sad, Tragedy In E-Minor is filled with a lot of various, always beautiful and quite virtousic roulades and passages of minstrel-alike acoustic guitar and piano, (guest) oboe and cello, duets of acoustic piano and guitar, as well as with electric piano and guitar melancholy solos and interplays between them. Frequent changes of joint arrangements, diverse parts of each instrument, an obvious medieval feel all make Tragedy In E-Minor one of just a handful unique and beautiful (progressive, of course) instrumental pieces to come out of the 1960s. Both the other instrumentals differ from Tragedy more than radically (as well as the majority of tracks on the album in general). GEAB and Comets (what a proper title for this track!), both contain a wide variety of themes, solos and joint arrangements, and these are mostly powerful and sometimes highly bombastic, by no means ordinary things at the dawn of Progressive. Comets, as not Earthly entities, drive all over the universe, sometimes accompanied by an otherworldly growl and their, probably, own ghostly howls (created, though, by an Earthly engine called keyboards), as well as with such essential things as regular changes of themes, tempos and moods (both instrumentally and vocally), guitar, bass and keyboard solos, all of which form sometimes duets and trios. There are enough of unusual moves and sounds on GEAB too, though, I can't understand (up to now) if a real or 'synthetic' flute plays to the accompaniment of bass and rhythm-guitar in the beginning of this composition. Well, it's time to talk about the songs. While a few episodes on each of both the 'bombastic' instrumentals sound sometimes almost as Prog-Metal parts, all five songs are of such a kind of Classic Art Rock, in which the famous band Camel worked and still works. Changing, yet mostly plain (as there are few elements of other musical genres) typical Classic Art Rock structures of Come Back June, All Of My Life, We Built the Sun, The Open Ground, and Everybody's Song sounded very innovative at the time, as lots of those bands once and forever dubbed as the most influential on the creations of other bands, used practically the same structural schemes in their compositions. Changes of themes, moods, etc happen mainly within the same united (Art-Rock, for example) stylistics, while transformations into another genre (Prog-Metal, etc) are rare. The latter, however, doesn't prevent pure Art-Rock or Symphonic arrangements, typical for all songs of Pussy, from being complex and even intricate. The majority of vocals parts on the album I also regard as diverse, because the vocal palette here is really rich in emotions, especially dramatic, though using the female backing vocals only on two tracks doesn't look effective as a whole. Also, the album would have sounded richer if the accidental participants of Tragedy (they were just guests) had worked on each track. 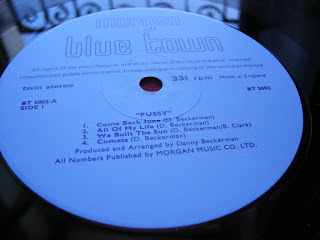 Summary. Not as significant and intriguing as Pink Floyd's "The Piper At the Gates of Down", which is the very first album of Progressive in general, not as fast and skilful as Colosseum's "Valentine Suite", which is the first album of Progressive Jazz-Fusion, not as complex and perfect as King Crimson's "In the Court of the Crimson King", the first album of Classic Art Rock / Symphonic Progressive, not as heavy and quirky as Black Sabbath's self-titled one, the first album of Progressive Metal, Pussy's only album is, nevertheless, also one of the first albums of the Art Rock genre and Progressive in general. The main value of it has little to do with the fact of the birth and the first steps of the genre. "Pussy" is a very original and truly progressive musical work, which first of all is very interesting in itself. This album, released in the distant 1969, surpasses a lot of contemporary progressive albums, especially the so called wannabes and all other boring copyists and imitators of their idols. ("Don't idolize anyone!", - as the Holy Bible says...)
Tracklist:
1. Come Back June (Beckerman)
2. All Of My Life
3. We Built the Sun (Beckerman, Clark)
4. Comets (Backerman)
5. Tragedy In E-Minor
6. The Open Ground (Clark, Townsend)
7. Everybody's Song (Beckerman, Clark)
8. GEAB
http://sharebee.com/db714cd4
Posted by Psych-Spaniolos at 12:33